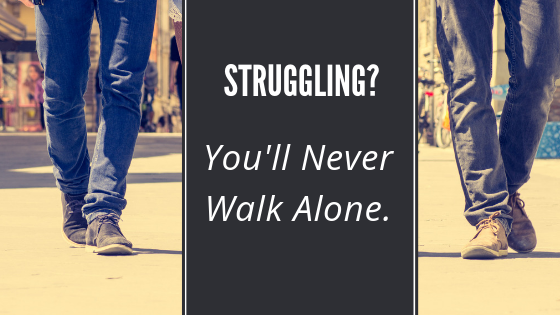 When anyone mentions Liverpool – most commonly we think of The Beatles.

Which is only natural – and rightly so – as they very firmly placed Liverpool on the map.

Whilst growing up – Liverpool was never a very pretty city (in my eyes at least); and during the 70’s, the city expertly reflected the archetypal image, so often portrayed in the headlines; that of a typically deprived city, somewhere in the North of England. More often than not, my home town played second fiddle to Manchester.

It was only in recent years, that funding and investment began to give Liverpool a well deserved facelift, allowing it to blossom into a thriving and bustling city again. Move over Manchester.

I have always believed that it’s what’s on the inside that counts – and Liverpool has always had so much potential; with it’s vibrant culture and a very rich history. Fundamentally I feel that this is thanks to the people who live there. It’s the people who have given this magnificent city it’s heart.

What particularly strikes me – is even when they are facing adversity – the people of Liverpool have an inner resilience and sense of hope that carries them through.

My memories of The Hillsborough Disaster still trouble me. However, despite being ridiculed and ignored by outsiders; the fan’s quest for justice, and their knowledge for what’s truly right, enabled them to, finally, emerge the moral victors.

I am proud to call myself a Scouser.

Their wicked sense of humour and dry wit is something that really resonates with me. Liverpudlians are always ‘colourful’ characters; and I love them for it.

I remember working in a factory and the local ‘hood’ taking me under his wing. Making sure that the ‘posh kid’ wasn’t picked on too much.

I cheered at Canal Turn when Red Rum romped home for a third time at Aintree – the crowds unflinching in their belief that a hat-trick was never out of the question.

The Liverpudlians are a proud and loyal tribe. I never fail to feel this more strongly than when Liverpool are playing football.

Last night was no different. Thanks to Liverpool Football Club – we are still in Europe ( at least to some extent!! ) They won their 6th European Champions League title.

My family laugh at may sheer audacity – as I cheer on Liverpool’s football successes – as they honestly don’t believe that I am a football fan. Which in fairness I am not.

Could I list the Liverpool line up in last night’s Championship League final? Of course not! But that’s not the point really.

The point is that I have always supported Liverpool, one way or another.

I remember patrolling the local housing estates when I was about 9 years old ( I knew the line up then, believe me!) Walking from one house to the other, seeking the autographs of my ‘heroes’:  Emlyn Hughes, Kevin Keegan and John Toshack being my top three. Nowadays I guess I would be selfie hunting – but hey – them were the days!

I rejoiced standing at the matches (yup before they made stadiums all seater) at Anfield and a kindly supporter warning me to keep my hands in my pockets otherwise someone was likely to rollup a newspaper and pee in it! (The troubles we went to – not to lose our place in The Kop!!)

And last night brought it all back.

The pride I felt when Liverpool won their 6th European Trophy. Ok – it has been a while since Anfield saw some noteworthy silverware.

Today, I’ve been watching the highlights – getting goosebumps, yet again, when I hear the fans singing The Liverpool Anthem – You’ll Never Walk Alone. Music is so emotive isn’t it? 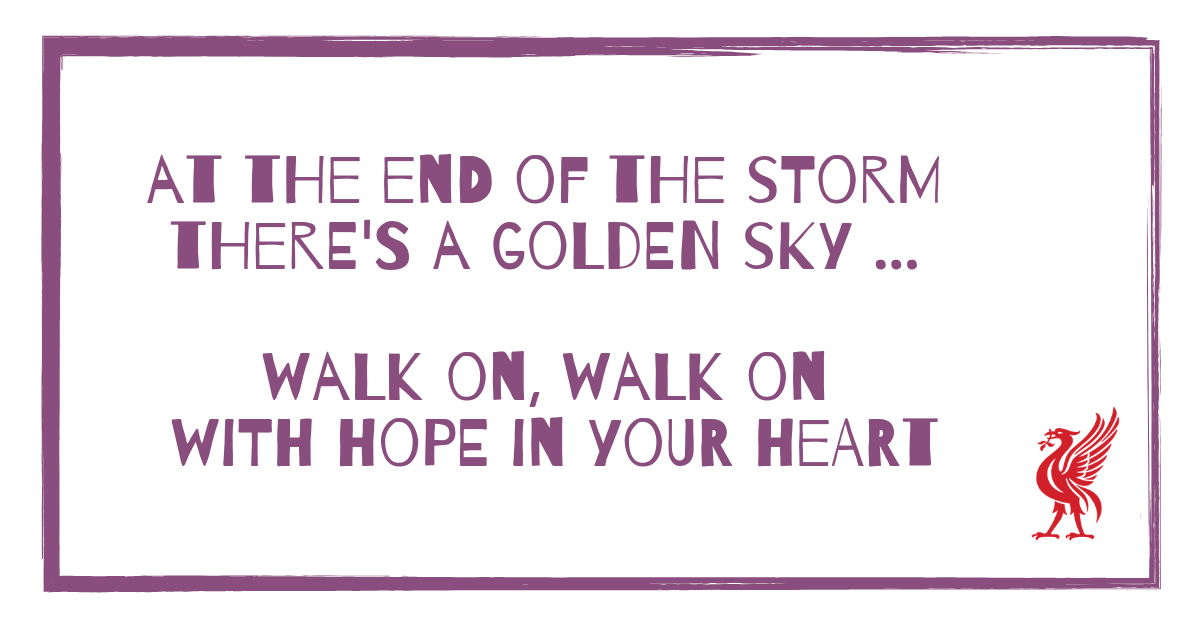 CLICK HERE : If you fancy hearing the Liverpool Fans singing You’ll Never Walk Alone – after their team’s most recent victory.

I get it – you may not even be a football fan. Nor am I really.

These are the characteristics that – to me – represent Liverpool, and I too hold these values very close to my heart. I guess it’s why I feel drawn to helping people who have struggles in their lives.

If you ask me – Gerry & The Pacemakers got it right :

When you walk through a storm

Hold your head up high

And don’t be afraid of the dark

At the end of a storm

And the sweet silver song of a lark

Walk on through the wind

Walk on through the rain

Though your dreams be tossed and blown

Walk on, walk on

With hope in your heart

Walk on, walk on

With hope in your heart

When you are “walking through a storm” – you don’t have to do it on your own. There is always someone there to support you. So many times the Liverpool fans have been the team’s “12th man”; and I firmly believe that we owe it to one another to watch out for each other. We all need that extra support; so please just don’t be afraid to ask for it.

No sooner do you ask for help – that it appears.

I too have your back …

If you are a parent needing support and advice about your teenagers : I have your back : I have designed a support programme : Monthly Makeover : Give me a call. www.caigraham.com/discovery

If you are struggling with anxiety : I have your back with an online course : www.caigraham.com/anxiety

If you are needing to get reassurance from other parents : I have your back with a Facebook Group : A like-minded bunch of parents, just like you, wanting the best for their kids : www.caigraham.com/FBGroup

Whatever you are going through – if you reach out – I can reassure you that : 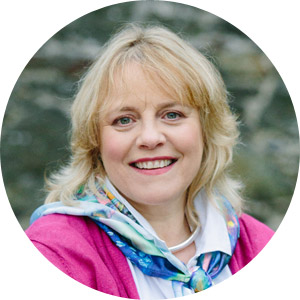 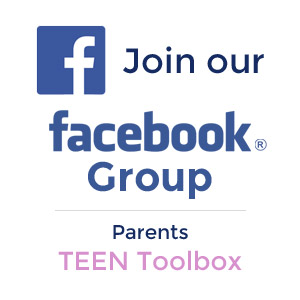 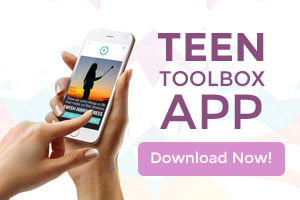